We are here to help

Our Conservatory Restaurant serves breakfast, lunch (outside in summer) and dinner. Our chefs specialise in Grampian produce - Aberdeen Angus beef, game with fish and shellfish from local rivers and ports. The wine cellar holds more than 400 wines and the elegant but cosy Drawing Room bar is stocked with more than 100 choice malt whiskies.

A sense of comfort and well-being in our guests is the overriding aim of management and staff at the Marcliffe Hotel. Additionally, the staff of our Spa adds cosseting, pampering, massages, aroma therapy, facial and body treatments.

The finest hunting, shooting and fishing to be found in Scotland can be arranged at very short notice through our network of agents on Royal Deeside and elsewhere in North-east Scotland.

Golf can be enjoyed on a wide variety of local traditional courses including Cruden Bay, Murcar, and the renowned Royal Aberdeen Golf Club - the sixth oldest registered golf club (1780) in the world. 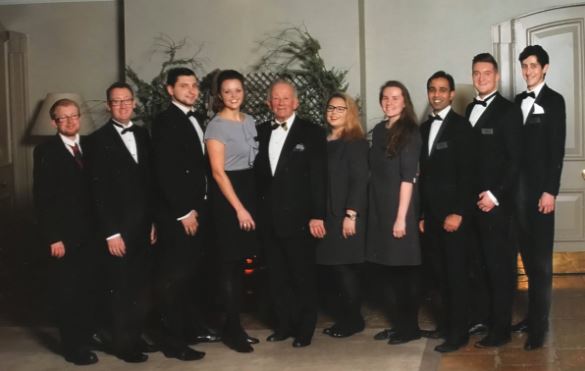 By road: From the south
If you are travelling north by road through Perth or Dundee you should take the main dual carriageway (A90). Approaching the outskirts of Aberdeen on the A90, you will come to a roundabout at the Bridge of Dee. Continue across the bridge and proceed north straight through the first roundabout on the north of the bridge - following prominent signs for Aberdeen Airport. At the first set of traffic lights, turn left onto Great Western Road and continue along this road to the next set of traffic lights (Springfield Road is on your right, and the Water Works on your left). Half a mile further on, there is a large entrance and sign on your right - reading Marcliffe Hotel and Spa.

From Aberdeen Airport
You will join the A96 Inverness-Aberdeen road – following the signs for Aberdeen 'City Centre'. Turn right onto the A90 sign which is posted Dundee/Perth, and follow the dual carriageway up an incline until you are heading downhill. Turn right onto the A93 at the traffic lights, and continue through the next set of traffic lights (Springfield Road is on your right, and the Water Works on your left). Half a mile further on, there is a large entrance and sign on your right - reading Marcliffe Hotel and Spa.

By road: from the west
Approaching Aberdeen on the A93 along the Lower Dee Valley from Banchory, proceed through the outer suburbs of Peterculter, Milltimber, Bieldside and Cults. When you reach the Cults Hotel (on your left) proceed a further half mile and there is a large entrance and sign on your left - reading Marcliffe Hotel and Spa.

On the doorstep of the City of Aberdeen

THE five-star Marcliffe Hotel and Spa is located on Royal Deeside - on the western fringes of the city of Aberdeen, in North-east Scotland. Aberdeen (population 201,500) is also known worldwide as the "Granite City" because of its links with one of its most famous, indigenous industries - the granite trade.

However, more recently, it has achieved worldwide status as the capital of Europe's energy industry. It is a truly cosmopolitan city which with its rich history,

excellent shopping facilities, world-class sporting and leisure venues, cultural hotspots and all year-round entertainment, rivals any European city. Stately architecture and sparkling granite buildings, the legacy of a rich heritage and tradition, combine with contemporary structures, and plenty of green open spaces to create a city that people feel happy to walk around.

Aberdeen's proximity to some of the most awe-inspiring countryside and coastline which had led to the area being marketed as 'Aberdeen - City and Shire' that sets it apart from other international cities and it is one of the few major cities with a beach. A whole range of outdoor sports are available on the doorstep and Aberdeen City and Shire offers world-class golf with no fewer than 50 courses throughout the region. The most outstanding of the traditional golf clubs in the area is Royal Aberdeen Golf Club, at Balgownie Links, established in 1780, and the sixth oldest registered club in the world.

Aberdeen is also a city of culture where arts and music play an important role. His Majesty's Theatre has won global renown; the Music Hall plays host to a wide range of concerts, and the Aberdeen Exhibition and Conference is a premier facility for major rock and pop concerts, sporting events, public shows and exhibitions. Aberdeen has a rich affinity with the sea and the fishing industry. The award-winning Aberdeen Maritime Museum is a major attraction. And, as you would expect from a city which has won so many coveted Britain in Bloom awards, there are many magnificent parks and gardens in which to relax. Unwind and visit the city's prominent public buildings - such as the prestigious Art Gallery, Marischal College, Provost Skene's House or the Tolbooth Museum.

North-east Scotland also boasts the greatest concentrations of castles in the whole of Europe - from the dramatic stronghold of Dunnottar Castle to the impressive ruins of Slains Castle at Cruden Bay. Take in the famous "Castle Trail" - a selection of thirteen of the world's most unique castles that has been designed to highlight the cream of the area's many castles. The area offers a wide range of angling opportunities and three of the top five salmon rivers in Scotland are to be found in the area, including the world's top spring salmon river - the River Dee, on which the Marcliffe Hotel and Spa owns a private beat.

To catch up on all the major high street stores you would expect to find in a city of Aberdeen's size and reputation, you can head to the larger shopping malls. The Bon Accord Centre, St Nicholas Centre, The Academy and The Trinity are all very central, and a relative newcomer, Union Square, offers a traffic-free, shopping, dining and entertainment environment close to Union Street. Sandwiched between the major shopping centres, Aberdeen's Merchant Quarter is the 'Beat and the Soul' of the city catering for visitors and locals looking for a high-quality less conventional experience. The Merchant Quarter is one of the most historical parts of the city, rich in history and architecture, and boasting an eclectic mix of independent businesses divided into four parts; Restaurants and Bars; Live Music and Entertainment Venues; Independent Shopping; and Glamour and Lifestyle.

Aberdeen is the gateway to Royal Deeside and ever since Balmoral Castle was built for Queen Victoria in 1855, the British Royal Family has enjoyed the peace and tranquility as their summer retreat. When the Royal Family is not in residence, you can visit Balmoral and gain an insight into over a century of royal life on Deeside. On the first Saturday of September, the Braemar Gathering draws thousands to the brilliant spectacle of pipe bands, the splendour of tartan and the excitement of the "heavy" sporting events.

The spectacular scenery of Royal Deeside combines with some of the finest stalking, shooting and fishing in Europe.And North-east Scotland is the home of the whisky industry with no less than 30 major distilleries within easy motoring distance of The Marcliffe and Spa, and the famous "Malt Whisky Trail".

50 THINGS TO DO WHILE IN ABERDEEN